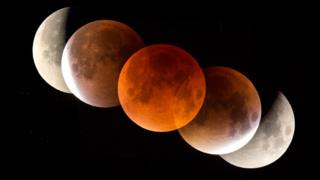 Whelp. The sidewalks are covered ice. Crusty, uneven ice. Super-sheer black ice. All kinds of ice.
And now the ice is being covered by snow.
I am very, very happy to be staying indoors today.

It is, of course, the day of the second full moon in January. It’s a blue moon! It’s also a super moon! It’s also a lunar eclipse (that, apparently, won’t be visible from my area, but that doesn’t matter when we’re doing lunar magic! Pro tip).

According to Liz Worth, “full moons bring things full circle and lunar eclipses awaken new things within us”. Because this full-moon/eclipse is tied to the eclipse that (apparently? I totally don’t remember) happened in August of 2016, she suggests looking at where you were then and what’s come to fruition since.
So I did.
I hunted up my August 2016 full moon post and read it over and… I’m still here. Yes, the poetry manuscript I was working on then has been put on hold while I edit my third chapbook and get my Femme Glosa Project manuscript finished, but I’m still writing Feelings Poetry[1]. I’m still working my way into embodying my Whale Heart – a metaphor I developed during the life coaching sessions I’d only just started in August of 2016 – and am I’m lacto-fermenting things on the regular, which is a skill I’d just picked up when I wrote that 2016 post.

But what jumps out at me is just how demoralized I felt at that time. How deep in grief I was on a bunch of fronts, and how unworthy and unloveable I felt. How stuck.
And I don’t feel like that right now.
Like, yes, I have plenty of lousy days where I’m stressed and sad and jittery and can’t name why. I just about cried in the LCBO yesterday because I wanted to get a bottle of wine to make dinner Special and Fancy and it hit me just how much my wine selection was governed by the question “Does this cost less than $10?”[2] I still chase my own tail when it comes to both looking for dates and looking for work. But I don’t feel worthless and pointless the way I did a year and a half ago, and that is a big relief.

The shadow of the Earth moving across the screen of the Moon highlights our own shadows more starkly. This can be a messenger bringing deeply needed endings. […] If it is time to break patterns around self-hatred and self-loathing, or other emotional stickiness, this is the Blue Moon to do it. If it is time for you to shine in brighter ways than ever before, put your focus there.

Which fits.
It’s weird (maybe not particularly surprising though), that I keep thinking “Oh, hey, if I just do a healing ritual during this [cosmic planetary event] and if I do it right, I’ll be FIXED!”
Which I know is ridiculous.
Healing works in spirals.
And magic builds in thin, thin layers.
Willpower Fatigue, like decision fatigue, is a real thing and trying to draw yourself a road-map of a place you’ve never been and can’t even imagine in more than the vaguest detail is hard, to say the least.
Which I suppose brings me to:

Tarot Meditation Card: Knight of Pentacles “The Methodical Approach”.
The Knight of Pentacles is slow-and-steady, methodical, quite different from the madly-off-in-goal-all-directions drive of most of the knights. Where the knight of swords has her earrings off and her fists up at the first hint of injustice, the knight of cups ( Oh, hai…) will offer you everything with her heart carved into her arm, and the knight of wands is charming, cocky, and dares to act without necessarily thinking things through… the knight of pentacles puts one foot in front of the other and moves carefully but consistently towards her goal… when she’s not getting caught up in risk-aversion and self-sabotage.
It’s a card that I associate with my wife, who’s a “measure twice, cut once” kind of woman, steady and reliable, albeit a bit of a workaholic (welcome to running your own business…).
And, sure, this card might be a heads up to give my girl some extra attention, focus on our relationship, make sure we do something fun together.

But I draw these cards to ask what I need to pay attention to inside myself, and the notes this card is pinging for me right now are:
Keep at it, keep doing the thing, slow-and-steady gets it done.
Be realistic. That is NOT the same thing as listening to your jerk-brain!
Be patient, be generous, be kind. (This fits really well with the Leo Full Moon’s push for me (us) to be “big-hearted and bold”, so that might be The Thing for this card, right now).
“What are the things that you want in your life, and how are you going to achieve them? And are you being true to yourself while doing so?”

Movement: I hurt. So while I’m doing my usual movement stuff – modeling work, walking places – I’m sore a lot and it’s not a good time.

Attention: I have been diving into Seanan McGuire novellas of late, and they are lovely. Painful. But lovely.

Gratitude: A friend bought me an instant pot. For real. Experiments in yoghurt-making will ensue. I got to meet an adorable young queer and have a conversation about kink community while volunteering at a local fix-it event. I am probably able to pay the heating bill! I have a friend from out of province coming to visit for a week. I got to make out with my wife. ❤ My life is pretty good. 😉

Inspiration: The work of other (mostly) femme poets. The chapbook (see below) is inspired by moon-centered and moon-adjacent poetry found on my queer-poets book shelf.

Creation: I’ve written a LOT of poetry in the past two weeks. A chapbook worth of poetry plus a re-write of a five-poem cycle (originally an attempt at a ghazal, but it works better as something else). I’ve also sent submissions out to three magazines which, while not “creation”, is tangentially related and relevant to this as far as I’m concerned.


[1] This is not a problem. I write about relationships and feelings. I can handle this. 😉

[2] It’s not that you can’t get Nice Wine for cheap. It’s that if what I want is “something that makes me feel fancy and special” and, through circumstances and habit as much as anything, what I end up getting is “something that makes me feel broke and embarrassed” instead? I’m probably kind of undermining my own ends here. Long story short, I bought the wine that cost (slightly) more than $10. I had some Feelings about it, and it’s fine.