Not Actually A Plastic-Free Life

A while back, I wrote a some-what freaked out post about climate change and “eat less meat” and what that might look like at for decidedly omnivorous household.
The half-a-hog fund continues to grow, albeit slowly, and we have switched to milk in 1L bottles and, wow, has that made a difference in how I think about cooking grain… Not because not-organic milk in a 1L bottle is substantially more expensive than not-organic milk in a 1L carton, but because a gallon of the stuff IS more than double the price of a gallon bought, all together, in plastic bags… which means I find myself kind of …rationing? Which I don’t like doing. It’s not the end of the world – thought it might mean that I invest in some non-instant powdered whole milk to have on hand, in case I want to cook polenta in milk rather than water or bone stock – but it IS a noticeably higher cost for the amount of milk I typically go through in 7-10 days. So it’s a very different change from the one I went through when I switched from “ordinary President’s Choice 900g bags of coffee” to their Organics version (which… the difference there is about $5 a month, which is extremely manageable).
Project Eat More Vegetables is going nicely, too. Though it’s currently also resulting in a LOT of fruit flies hanging around the place, which is less fun, AND – because apparently I suck at gardening – it also means that those extra veggies are coming in from the grocery stores which…
…which brings me to my next point. 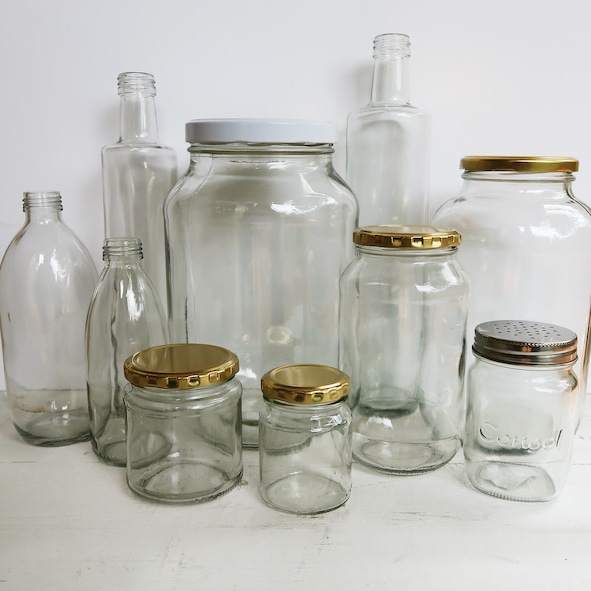 Folks… We’ve been finding baby cockroaches in our kitchen (mostly all in the same place, thank the gods) for a couple of weeks now. They started turning up right around when the landlords gutted the unit at the end of our row after the most recent tenants moved out (and left a LOT of stuff behind which… I thought was maybe telling?)
So, at first, we thought “Oh, maybe something has moved around and someone came into our place. Hopefully that’s the only one”.
But that didn’t last.
So.
This morning, we kind of tore the kitchen apart.
Found the nest – which, thankfully, was small and apparently contained only one adult, who is now very much dead – and started the process of Cleaning And Monitoring.
Which is to say that my kitchen is covered in diatomaceous earth (powdered sea shells, essentially) and has sticky traps in the drawers and at various points on the counter.
It’s also to say that I’ve been putting small appliances and dishtowels and similar into zip-lock bags since about noon.

You guys, I would love to “get off plastic”.
I’ve been bugging all my politicians (and the NDP candidate for my Riding) about how it would make a big difference in everyone’s petroleum-dependence if someone with the power to legislate this into effect would just force large scale chain store – grocery stores, in particular, but not only – to start packaging their dry goods in paper and cardboard the flour and sugar already are.

And I stand by that. I still want that.

AND… I am relieved as HECK to still have access to non-porous, fully-sealing, transparent packing materials that don’t take up a tonne of space and DO come in a fairly wide variety of sizes.
Sure, they’re super-useful for food storage – I’ve got gallon bags of whole roma tomatoes and whole nectarines in my chest freezer right now, waiting to be made into hot sauce, plus more of them on the shelf, stuffed with zucchini (destined to be blanched and frozen in a silicon muffin pan, and then chucked back into (most likely) the same bag, once they’re in single-serving-sized pucks) – BUT what I want them for the most is basically emergency pest controls.

Seriously. I have put things directly into a landfill-destined trash bag today that, three weeks ago – or, heck, yesterday – I would have been hanging onto “in case we can fix it” or because “someone might want it” or “there must be some way to recycle this” or even “What if something goes wrong and I can’t replace this, shouldn’t I keep it as a spare?”

On top of this, as critters that can (like crickets) happily survive on toilet paper tubes and water, cardboard and paper packaging makes for ideal nesting spots for the little bastards[1].
So I’m basically over here going “Fuuuuuuuck! How am I going to take care of thiiiiiis???” Because I want to keep buying my flour and sugar in bulk-sized paper envelopes. I want to use completely biodegradable dollar-store paper lunch bags to buy sunflower seeds and buckwheat flour from the bulk bins at the Herb and Spice. Heck, I want to hang onto the cardboard box, with is serrated metal strip, when I buy aluminum foil.
…And now I have to look at those things as “potential pest habitat” and get rid of them… or at least find a bug-proof way to store them.

Which brings me to what I spent the non-cleaning portion of my afternoon doing:
I hit up the dollarama – yes, I shop at the dollar store, you all can cope – and got half a dozen different-sized wide-mouth storage jars. Two of them – about 1L each – are going to be for fridge left-overs (I also got a couple of serving-sized, snap-on-plastic-lid glass boxes for lunch stews and similar). But the rest are going to be for holding plastic bags. Garbage bags. Freezer bags. Snack bags. Things I fully expect to treat as disposable, in and of themselves, but which I don’t want getting over-run with creepy crawlies in the mean time.

Beyond that, I’ve transferred most of my garden seeds to an old, pressed tin “Cookie Assortment” box, with the exception of the clover seeds, which are now in a pint jar. My beeswax tealights have been moved to a glass jar much like the one that’s now holding my sandwich bags (I had a few already, some of-which are still in use for food storage – coffee and pasta, respectively – but most-of-which were just gathering dust behind the canning pot).
I’ve moved binder clips out of various not-water-tight plastic receptacles, and I’ve got a couple of extra-large plastic tupperware that are probably going to get used to hold emergency candles, paraffin tea lights, and similar, just to get more cardboard out of the house. But, you guys, it feels SO WEIRD to be working towards a house with as little single-use-plastic as possible… and then to also be like “But we gotta get rid of the cardboard and paper! Thank goodness for zip-locks! This is a disaster waiting to happen!”
It’s bizarre.

Anyway. Hopefully I can make all of this work.
Right now, I need to see if I can scrounge up yet another Giant Plastic Bag – it might end up being a garbage bag, tbh – so I can rescue the gorgeous, antique, wooden cutlery tray that I inherited from my grandparents, and which The Roaches decided would make an ideal nesting place (they’re not wrong) – off the back steps, where it’s been languishing, covered in diatomaceous earth, since we evicted it (and them) this morning.
That and finish dealing with the dishes.
Wish me lucks, folks!


[1] So, here’s the thing. I still get that cockroaches are people. They’re family-oriented people, no-less, who are just trying to live their lives. And I have no qualms at all about murdering them with extreme prejudice and a good turn of speed, purely because I don’t EVER want to live through being room-mates with them ever, ever again. Which is an odd headspace to occupy, let me tell you…