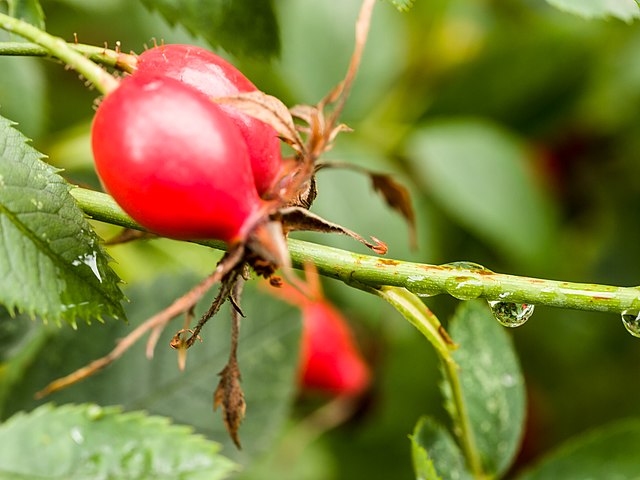 Well, kittens, I went on an Adventure today, but I’ll get to that in a minute. The cherries, service berries, and mulberries are ripe and ready to harvest (and mostly in people’s yards, but some are growing wild!) and that has me very excited! I’ve got a haskap-and-choke-cherry pie in the fridge and have started putting up cooking greens for winter. I’m going to need, like, 20 more gallons to get through the four or five months of No Available Greens, but… we’ll get there.

As sometimes gets brought up in Astrology-Land, full moons and new moons are good times to check back and see what you were doing six months ago and how it relates to where you’re at now.
In this case, six months ago was the New Moon (and solar eclipse) in Capricorn, just after Winter Solstice. While my 2020 goal of finding a publisher for my chapbook has yet to be achieved, I have landed An Actual Grant to help cover living expenses while I finish my Femme Glosa Project, which is pretty fucking amazing. And I’m still sending my chapbook (and a bonus micro-chap) out to various potential publishers, so. We’re only halfway through the year. It could still happen. 😉

On a related note: Chani’s Horoscopes for this lunar eclipse / full moon in Capricorn (yesterday), are pinging some of the notes she brought up six months ago (Scorpios need to attend to their daily rituals because our growth is going to come through there this year) as well as the same buttons that my tarot pulls did, two weeks ago during the dark moon ritual with Connect DC. Specifically Gemini Rising’s call to recognize that joy is abundant and BOTH my Scorpio Sun’ and Cancer Moon’s reminder that withholding things from myself is not going to help me or anyone else. Both of these hit me squarely in the “Love and play are holy” message I got at New Moon.

Six months ago was ALSO (…sort of) the January full moon that I spent doing ritual (for the first time) with Connect DC. Where I got the message “Use your voice” over and over. So the fact that I’m getting messages about using my words AND support for my creative writing, right now, feels like it’s connected to that, too.

But I said that I’d been on an Adventure.
Folks, I went sailing for the first time today! 😀
It was great, and I’m looking forward to doing it again!
Back in December, my wife got a little sail boat. Which, not gonna lie, I had some mixed feelings about like (a) YAY, COOL! But also (b) uh… where are we going to put this??
Fast forward to six months later, and we’re living in a new house with a very long, just-for-us driveway, about a 10 minute walk from a boat-launch right into the river.
So that worked out.

This wasn’t my first time in/with/on that river. I grew up here. Swimming in, and eating the fish from, this river. It wasn’t even my first time in the water since we moved. I went and stood in it – only up to my ankles – about a week ago.
But here’s the thing.
Water-creature me has been avoiding the bath.
Which is to say, more accurately, that I’ve been avoiding June, aka my GodSelf.
Which I feel guilty about.
Which, because I’m a genius, means that I’m avoiding her Even More.
So getting out on the water felt like a Thing because, even though the river isn’t June – she’s her own entity – she IS a huge, ancient body of water that remembers being an inland sea 10,000 years ago when everything between the Gatineau Hills (then mountains) and upstate NY was underwater and inhabited by seals and beluga whales (when I say I’m a sea witch, that’s the sea I’m talking about) and, as such, is a good place through-which to connect to my GodSelf.

So out we went and, while we were out, I let my right hand trail in the water, let some of my energy trickle out into the waves, and just generally said Hi.
And I think she said Hi back?
In addition to getting a flash of whale-song, I felt my heart-ring, the green peridot of my Self[1] show up on my right ring finger.
Which felt really good.
Joyful.
I sang for/to her, just a little bit.
It was really nice.

So that was my Big Day Out. We got back five hours ago and, while I’m still tired, I’m at least not totally wiped out. (Hahaaa… I’ve got ritual in 15 minutes. We’ll see how that goes!)
I’ve been noticing that I tend to be a little light-headed or queasy after doing work that involves opening up my chakras or otherwise moving energy around a lot, and that feels new. I’m not sure if it’s just because I’m doing it more frequently, so the correlation is more noticeable, or if it’s because I’m not setting up the container with enough care (likely) or shutting things down properly after the fact (also possible). But it’s something I need to pay attention to, and do something about, I think.

Temperance – Wooden Tarot (A.L. Swartz) – An otter, with an open third eye, floats comfortable in the water, between two blooming lilies. They reguard you with vague interest.

For my tarot card meditation, I’ve chosen Temprerance, because it’s shown up in a couple of draws and has also jumped out at me on instagram.
Obviously, this is a card about finding the balance. About “what do I need to do” and “what do I want to do”; about “what is the next right step” and “what do I need to keep myself physically safe while I take it”. It’s also a card that asks “What did you learn while you were leveling up, just then?” And that, in particular, is on my mind right now. What have I learned since late 2018? And how do I implement those lessons instead of falling back into old habits?
I’ll be chewing on this between now and the next New Moon, for sure.

Movement: Well, I hauled a boat to and from the river today, and spent a lot of time putting my weight on my arms due to trying to avoid being hit by the boom. So that’s something. Have also started do (reverse) leg-lifts while lying on my stomach in the interests of helping to build some more core/lower-back strength and – hopefully – help my back to hurt less.

Attention: Definitely paying attention my dizziness/etc after being in trance- or trance-adjacent states. Also paying attention to how I manage my time. Balancing the stuff I want to do (cook, sew, write poetry, read novels) with the stuff I need to do (dishes, admin work, writing letters to politicians, invoicing) to maintain my new home.

Gratitude: For so much! For my girlfriend who encourages me and gives me pep-talks. For my wife who wakes up and snuggles the daylights out of me in the morning. For outdoor cooking. For running water. For rain. For going sailing. For friends who want to hang out and chat across the room from one-another. For video dates. For robins who start singing at 4:30am, just when I’m wide awake and having All The Anxiety. For chocolate-peanut-butter ice cream cones. For our CSA. For sunshine and sweat. For hibiscus iced tea. For wild mulberries and baby geese and the river who said Hello. For so very, very much. ❤ ❤ ❤

Inspiration: My experiences during the boat ride today, for SURE. I think I need to write me some poetry about that! 😀 Also just… my fabric stash, tbh. I’ve been sewing up a storm, making, finishing, and mending clothes for myself and my wife, as well as starting a few sets of curtains for the house.

Creation: Well, see above, re: sewing all the things. I’ve also been baking a lot (when the temperature allows) and had a really successful bread batch the other day. Beyond that, since it’s July, I’ve started my twice-a-week poetry dates with the goal of finishing my Femme Glosa manuscript (or finishing all the various individual-poem drafts that will become said manuscript, more accurately) by… Autumn Equinox, if not earlier. Wish me luck!


[1] Uh… also about six months ago, I did the Iron Pentacle meditation, and wound up getting Astral Jewelry for my trouble, which was pretty cool.

This entry was posted in animism, Goddess Spirituality, local, Wheel of the Year and tagged animism, cosmology and axiology, living religion, Lunar Cycles, paganism, wheel of the year. Bookmark the permalink.